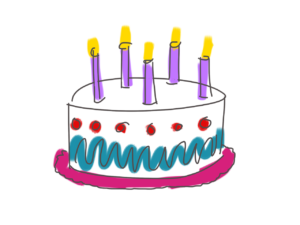 Dates for the diary:

During our Collective Worship on Monday, we heard about a very very special day in the Church calendar, Pentecost. But, what is Pentecost?  This is a very special time in the Bible when the disciples and other Christians received the Holy Spirit.  God didn’t just pick any day for this to happen.  Like everything God does, he has a specific time, purpose and reason for it and Pentecost was no exception.

Pentecost occurred 50 days after Easter Sunday or 50 days after Jesus rose from the dead.  Jesus had already gone back to Heaven so the disciples and new believers of Jesus were waiting to receive the Holy Spirit because that’s what Jesus told them would happen.  Plus, since Jesus wasn’t with them any more the Holy Spirit would help bring them closer to God.

Just before Jesus was taken up to heaven he told them that they would receive power when the Holy Spirit comes on them and they’d be his witnesses in the whole world (Acts 1:8).  Even more, he told them much earlier that the counsellor (or Holy Spirit) would be sent by the Father, that He would teach them all things and remind them of everything he said to them (John14:26).

So, the Holy Spirit is super helpful to us! He becomes a part of us when we become a Christian and understand that Jesus died and rose for us.  When we’re ready to try to live a life pleasing to God the Holy Spirit becomes part of us so we have a part of God with us all the time.

The day of Pentecost was a bit different though.  People had already become Christians but the Holy Spirit wasn’t a part of them yet.  This would be the first time everyone who was a Christian would receive the Holy Spirit.

The disciples and other Christians had come together to thank God and suddenly a sound like the blowing of a strong wind came from heaven and filled the whole house where they were sitting.  I have a feeling the windows weren’t open either!

They may have used the words tongues of fire to explain the way they were speaking and the fire was a way to describe the Holy Spirit.  Either way, they all got pretty excited and things got a bit noisy.

It says that there were people of many different nationalities staying in Jerusalem from all over and many of them speaking different languages.  These people ran over to see what all the noise was about and were surprised to hear their own languages being spoken throughout this group.  The Bible even lists up to 16 different places people were from and could hear their language spoken!

Things must have sounded crazy!  Imagine all these people speaking many different languages at the same time and shouting out praises to God; excited that something amazing from God had just happened to them.

It was no surprise that the crowd that had gathered to check out what was happening thought that there wasn’t something special happening, after all they weren’t there when the Holy Spirit came to them.  So some of the crowd started making fun of them and started to think that they had too much wine and it was making them act funny.

When Peter started to hear these rumours he raised his voice and talked to the crowd.  He explained that they weren’t drinking wine because it was only nine in the morning (people usually drink orange juice or coffee that early in the morning).  Plus, the people celebrating Pentecost didn’t eat or drink till at least ten in the morning.

He explained that Joel, a messenger of God’s word said that this very thing would happen a long time ago.  God usually would tell a prophet when something important was going to happen way before it actually happened.  Just like the Bible told us; a Saviour (Jesus) was going to come and save us long before Jesus was even born.

Peter continued and explained how God brought Jesus to them and that they had crucified him.  The crowd understood and felt responsible for doing this and they wanted to know what they could do now.

Peter explained that they should repent (say they’re sorry and stop doing bad things) and be baptised so that others would know that they believed in God and were trying to change.  Now, because of Jesus death and his resurrection people could be forgiven and receive the Holy Spirit from now on.

That means we receive the Holy Spirit when we accept Christ or become Christians.  The word Christian actually means Christ in us.  The special thing about having the Holy Spirit is that God never leaves us, so we can talk to him or ask for help at anytime.

The Holy Spirit actually helps us in many ways, he comforts, teaches, helps us grow in our relationship with God and gives us strength to get rid of the bad habits in our lives.  He also gives us power and helps us know when we’ve done something wrong.  Of course, we need to want to grow, learn and change to be more like God for the Holy Spirit to really work with us.

So Pentecost was super special for the disciples and is special for us even now because that was the start of us receiving the Holy Spirit and being able to ask for forgiveness. 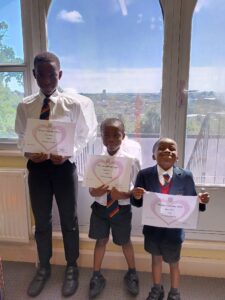 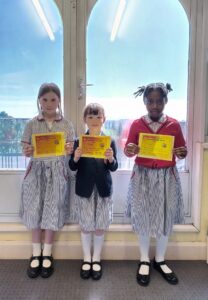 Are you following us on these popular platforms?

Congratulations to all pupils in Years 4, 5 and 6 who completed in the Spelling Bee this week. 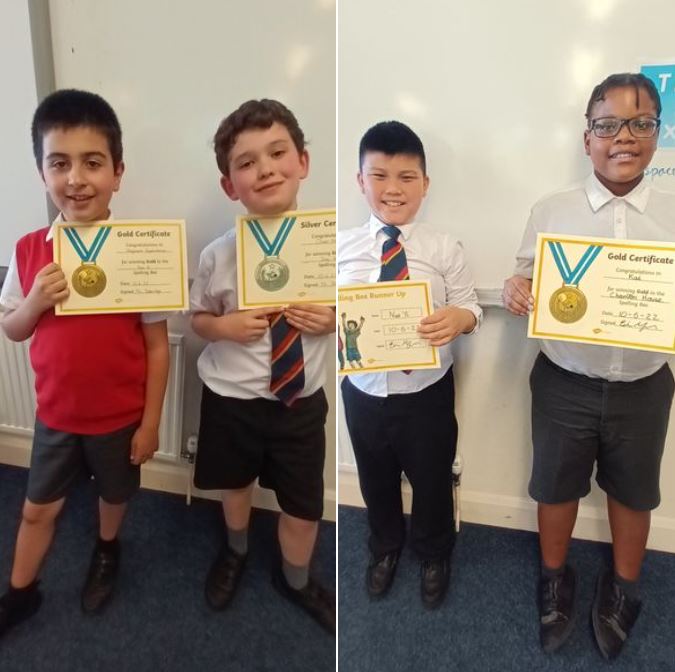